A new landmark apartment building is rising from the history of one of Sydney’s most picturesque and historical upper north shore suburbs.

Rise Thornleigh is set to make an architectural statement with a glass tower around part of its facade, which will showcase the quality interior design and offer views across the leafy district and towards the city.

Due to be completed in early 2019, the nine-storey building at 258 Pennant Hills Road will include 75 one, two and three-bedroom apartments, with prices starting from $529,000. All will have balconies and at least one secure basement car space.

And, in an inclusion considered rare for unit designs, several apartments will be two-storey. Prices for these apartments start from $689,000.

The architect is Moderinn Group and the project is being developed by Raysons Constructions, a business owned by the Wehbe family with a solid reputation for large-scale, durable mixed residential and commercial developments.

Ray White Projects are the exclusive agents for Rise Thornleigh.

Interest is expected from investors as well as owner-occupiers from the local market and further afield.

“District views are available to those on lower levels and residents on levels five and upwards facing north-east may be lucky enough to have views of Sydney CBD and the Harbour Bridge,” Mr Mansour says. 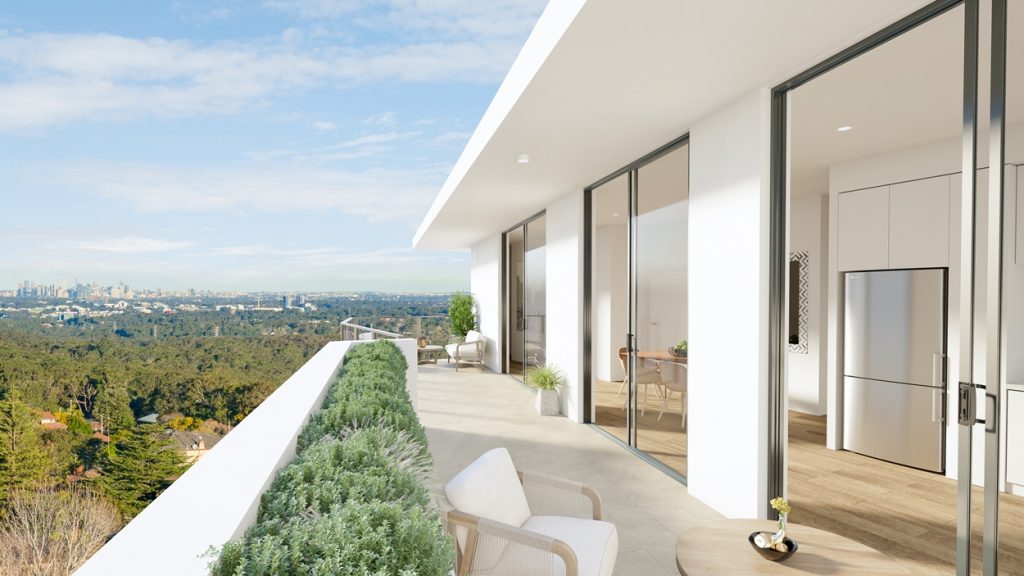 “Couples may want to upsize from a one-bed or two-bed apartment to a split-level three-bedroom version. We also expect to see some interest from down-sizers who already live in the surrounding areas.”

The Rise building also includes lift and intercom systems and there is parking for visitors. The M1 and M2 Highways are easily accessible and while Sydney and Chatswood are an easy commute, Thornleigh’s surrounding bushland lends a relaxed, rural vibe.

Thornleigh train station is 300m away and Thornleigh Marketplace is also close by.

Thornleigh is 18km north-west of the Sydney CBD and was named after a police officer named John Thorn. In 1830, Thorn and another officer, Samuel Horne, captured a pair of notorious bushrangers. As a reward, the officers were granted land. Horne’s became Hornsby and Thorn’s became Thornleigh.

Thornleigh train station has been operating since 1886 when its primary purpose was to send the produce from the local citrus orchards, which were in abundance in the area at the time, to markets in the city.