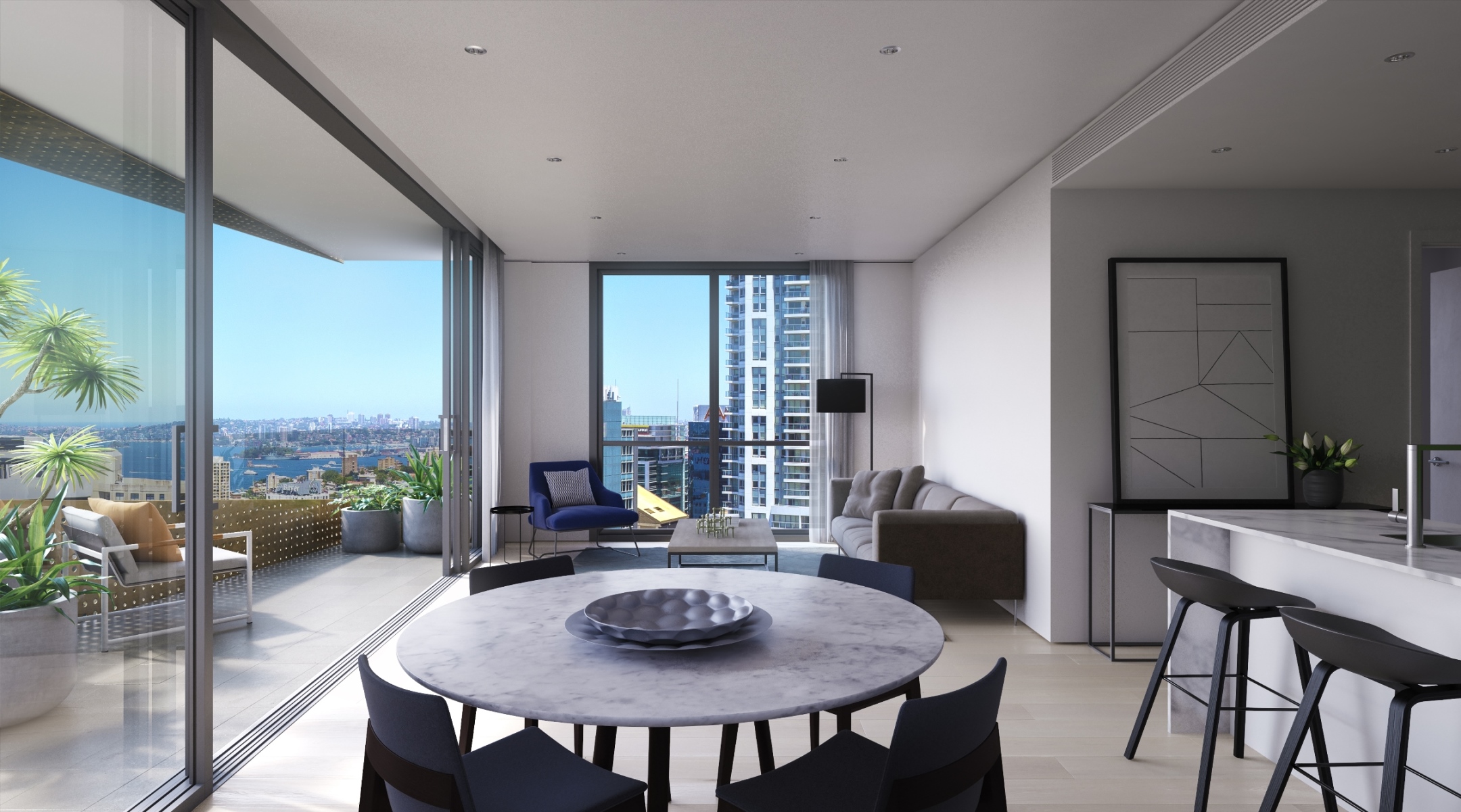 Years of planning and billions of investment in North Sydney is driving demand for residential property, with more global brands also calling the suburb home.

The planned Victoria Cross Station which is part of the Sydney Metro Northwest rail link is one of the main attractions, as is 10 years of council planning which has seen around $2.5 billion of infrastructure projects approved since 2012.

The Miller, a 21 level high-rise in the heart of North Sydney, is scheduled for completion in early 2019 and has been setting new benchmarks for interest and pricing in the area, according to Ray White Projects director, Eddie Mansour.

“North Sydney has been going through a resurgence. Previously dominated by retail and commercial, there has been a renewed focus on residential apartment living, with three major projects recently completed.”

“The Miller will be the fourth,” he said, adding that the architecturally-designed building is attracting a lot of interest and people are prepared to pay a premium.

“The Miller is a high end product with excellent views, quality finishes and a full service concierge.”

“You have district, city and harbour views. You’re metres to trains, buses and shopping and there is a stunning communal rooftop and onsite gym for all residents to enjoy.”

Out of 168 apartments, only 39 are still available, according to Mr Mansour, who added that three of the four penthouses have already been sold.

“People are buying into the future of North Sydney. Two major train stations and a variety of new commercial buildings have resulted in strong residential demand. There is a lot of interest in new product,” he said.

The demand is also coming from commercial operators, according to Mr Mansour who said there has been a raft of new tenancies in the area surrounding the development, adding further value to the lifestyle The Miller will afford residents.

“Monte Sant’ Angelo, St Ignatius, Marist College, Loretto and the Australian Catholic University are all nearby.”

With high demand currently being experienced at The Miller, now is the time to secure one of the final apartments before they sell out.

For more information call 1300 857 889 or visit www.themiller.com.au to arrange an appointment.